Recently, I was asked to donate a carving for a charity auction/raffle. The focus of the fundraiser is cancer research and donations of handmade items such as knit and crocheted beanies. Choosing koi as the subject for this carving was an easy decision for me. Koi are wonderful creatures to watch and some of my favorite places in the world offer koi ponds.


According to Japanese legend if a koi succeeded in climbing the falls at a point called Dragon Gate on the Yellow River it would be transformed into a dragon. Based on that legend, it became a symbol of worldly aspiration and advancement.

More generally, the Japanese associate koi (also known as carp) with perseverance in adversity and strength of purpose. Because of its strength and determination to overcome obstacles, it stands for courage and the ability to attain high goals. 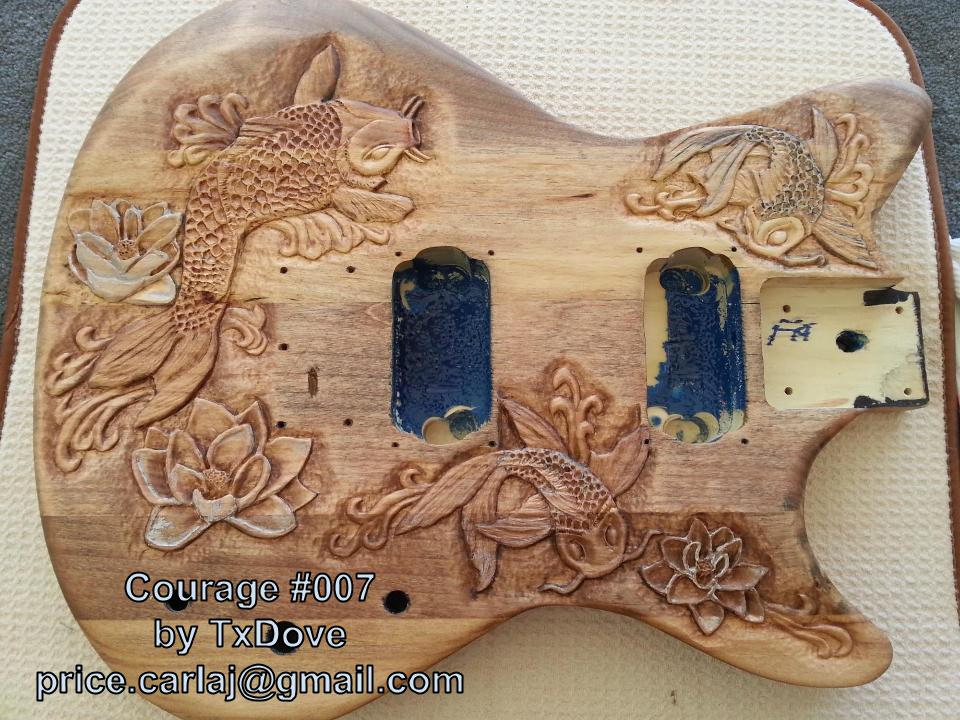 Posted by TxDove at 2:05 PM No comments:

I feel like Doctor Frankenstein! Ok, maybe not so much but I’m a little bit proud of myself. I have been wanting… rather needing a dust collector for my workshop… and by workshop I mean… garage.

I do the majority of my work in the garage year round. Yep, in the boiling Texas summer heat and in the winter too. Wood carving produces a great deal of dust and this dust ranges from tiny particles to slivers and chunks of wood. Sanding is the biggest source of tiny floating particles that somehow finds its way to the very back bedroom. I run a contractors Shop Vac when I use the band saw, scroll saw and oscillating sander.

I have been watching YouTube videos on how to make my very own cyclone-ish dust collector. The result is this… 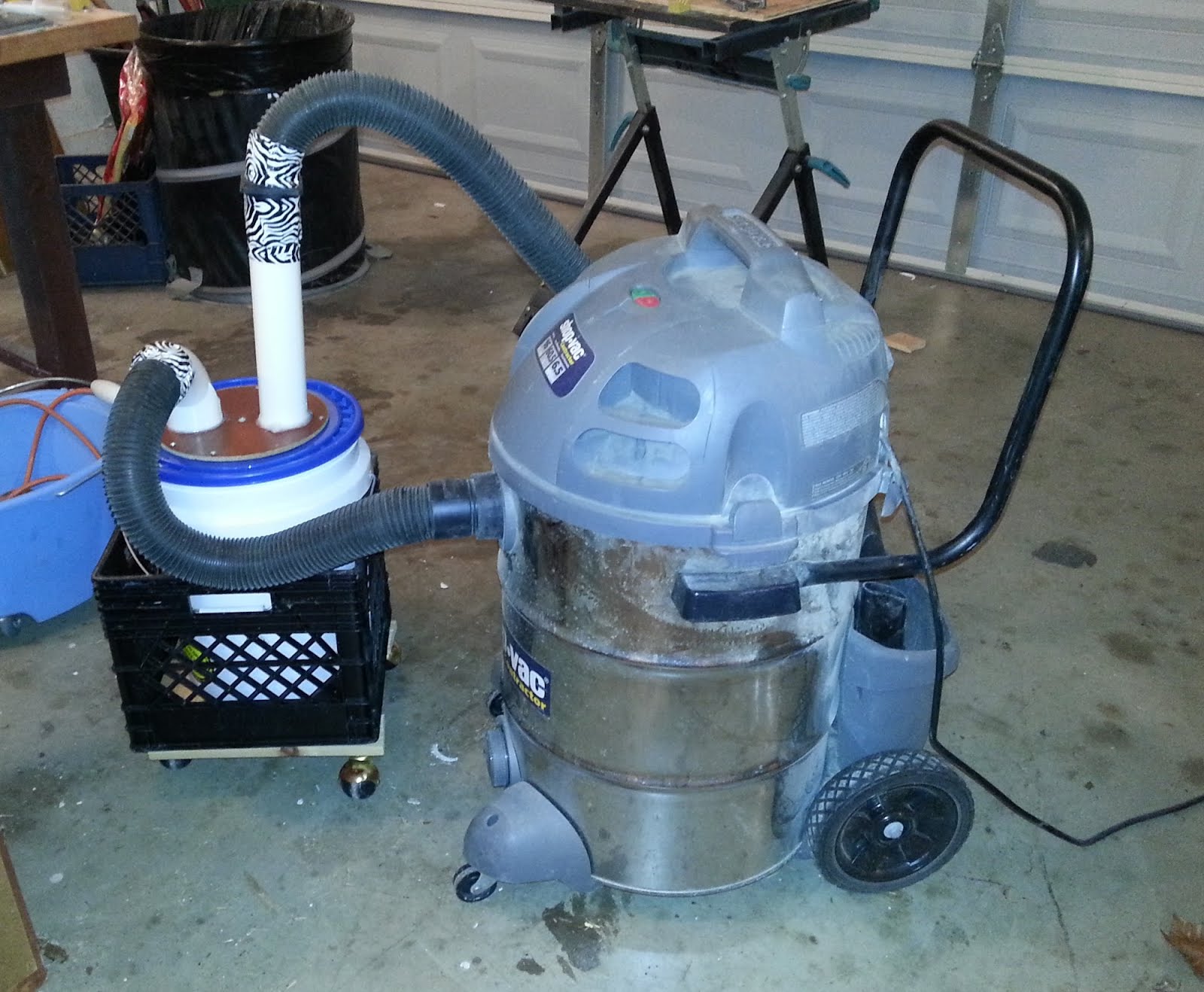 Her name is Francis…

I even made a rolling crate for Francis… she’s an animal… see the zebra duct tape!!
Posted by TxDove at 6:19 PM No comments: